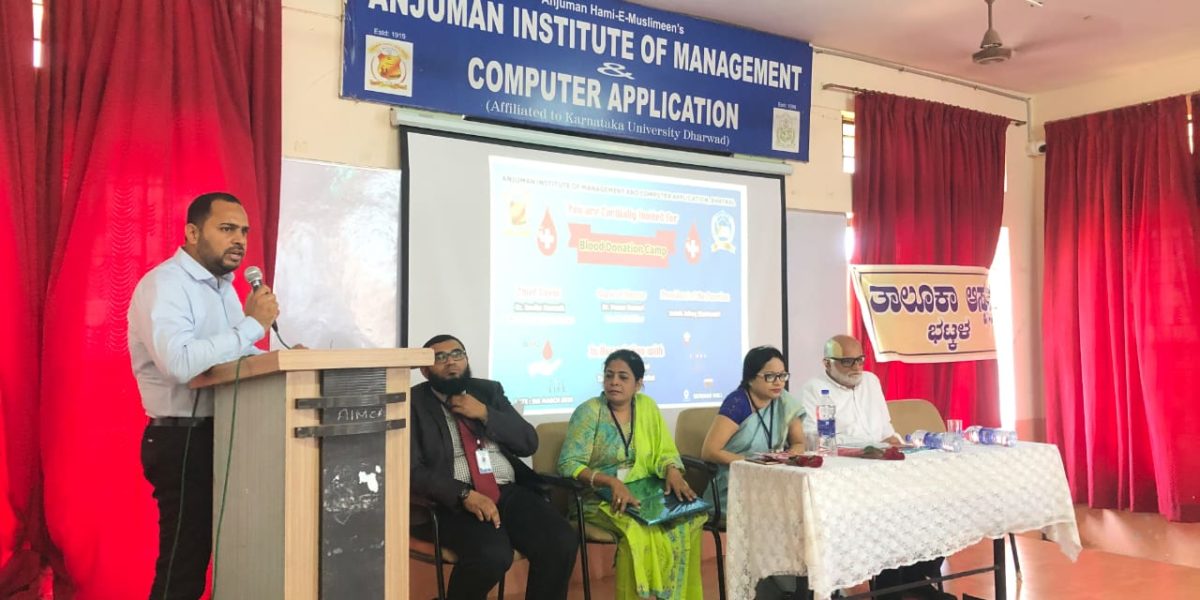 A blood donation camp was organized by AIMCA on 9th March 2020 in association with ABM Trust and Taluka Hospital, Bhatkal.

A team of 15 nurses and 2 doctors had visited the college for the collection of blood.

The Inaugural function started off with the recitation of holy Quran by Mr. Mashar Qamar BCA 1st year proceeded with the welcome speech by the Principal Mohammed Mohsin K. Mr. Usaid from BBA final year introduced the chief guest Dr. Savitha Kamath and Guest of honor Dr. Veena Kumari. Then the chief guest Dr. Savitha Kamath addressed the gathering with some valuable information about blood donations and right after that Dr. Veena Kumari took charge of the dais and provided some useful information and importance of blood donation.

later on the presidential reviews were presented by the president of today’s function Janab Isahq Shabandari, Additional General Secretary, AHM and Janab Aftab Qamri presented the vote of thanks. The master of ceremony of today’s event was handled by Mr. Nafeel Ahmed Malpa, student secretary of AIMCA.

There was overwhelming response from student and faculties of AIMCA. A total of 105 units were collected in the camp. A certificate of appreciation and refreshment were given to each donor as a token of gratitude.